It was in 512, the 13th year of king Jizeung’s reign of the Silla Dynasty when Dokdo and Ulleungdo were incorporated into the Silla territory. There is a record that a general named Yi Sa-bu of the Silla Dynasty period conquered Ulleungdo and merged it to the Silla Dynasty, and the Dynasty received special products from Ulleungdo every year.
When the general Yi Sa-bu disciplined Ulleungdo, where the residents were wild and tough, he invented an idea to get them in an easier way. He let a lot of scarecrows shipped on boats and approached the coast of Ulleungdo. “Unless you surrender, I will let all these wild lions run into and kill you.” By his threat, the residents of the island easily surrendered and paid tribute every year.
According to a true record of the Joseon Dynasty, it is recorded that Dokdo and Ulleungdo are located to the east of Uljin county and in the middle of the east sea. Also, Dokdo is to be seen from Ulleungdo in sunny days because it is not far away from Ulleungdo. Dokdo is also called Usanguk.
According to another record of the Joseon Dynasty, when the residents of Dokdo were asked to move to Ulleungdo in 1439, the 21th year of king Sejong’s reign, they refused it.
During king Seongjong’s reign, Dokdo was called Sambongdo, and during king Sukjong’s reign it was called Jasando. It was also called Gajido during king Jeongjo’s reign.
A record has confirmed that, when the Japanese fishermen were revealed to do fishing in the coastal sea of Dokdo and Ulleungdo in 1693, the 19th year of king Sukjong’s reign, a Korean fisherman named An Yong-bok went to Japan and affirmed Dokdo is the Korean territory with the request to ban the Japanese fishermen’s doing fishery in the neighboring sea of Dokdo and Ulleungdo.
However, in 1876 the Japanese fishermen again appeared and did fishery in the coastal sea of Dokdo and Ulleungdo, the Joseon Dynasty made a severe protest and took apology from Japan in 1881, the 18th year of king Gojong’s reign. During the Joseon Dynasty, Dokdo was clearly recognized on the basis of geographical knowledge and belonged to the local administration system.
Since August 15, 1945, when Korea was liberated from Japanese ruling, the Korean government allowed people to do academic research on Dokdo and in January, 1952, president Lee Seung-man proclaimed a presidential declaration on the dominion over the coastal sea and involved Dokdo with the peace line.
On April 20, 1953, Hong Sun-chil and other 33 men organized a voluntary guard of Dokdo and expelled the Japanese people who landed on Dokdo without permission. They kept the duty until 1956 when they took over their voluntary guard to the Uleung police station.
On August 15, 1954, for the first time a lighthouse was built in Dokdo which informed the country of every foreign country and a map of Dokdo drawn on a scale of 1 to 3,000 was created from December, 1961 to February, 1962. The Korean History Society published a research on Ulleungdo and Dokdo in 1978. The Korean government also made maps of Dokdo drawn on a scale of 1 to 1,000 and of 1 to 5,000.
So it is clear that Dokdo has been the Korean territory since 512, the 13th year of kin Jizeung’ reign of the Silla Dynasty, and the Japanese map expert, HayasiShihei(1738-93) also admits Dokdo is the Korean territory in his book, Samguktonglamdoseol written in 1785. 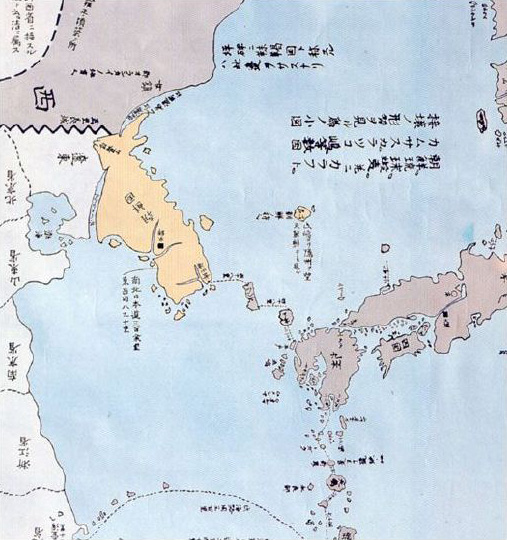