Home History of Dokdo The name of Dokdo

The name of Dokdo

Usanguk, previous name of Ulleungdo, which was established by the natives of the island, was reverted to Shilla in the early 6th century (512) and it was recorded in the historical documents of the Silla Dynasty.
When the name Usanguk was changed to Ulleungdo, Usan was moved to an annexed island (Dokdo) which later became the name ever since. In the true record of history during the Joseon Dynasty, there are statements that Usando and Ulleungdo stand in the middle of the east sea in Uljin county.
Dokdo was called Sambongdo, Usando and Gajido, during the Joseon Dynasty and it was described with the name Usan beside Ulleungdo in the textbook of 1899. In 1900 Dokdo was controlled by the Ganwon province under the command of king Gojong.
The name Dokdo was first used in 1906 by magistrate of Uleung county, Shim Hong-taek, and according to the reorganization of administration district in 1914, Dokdo has belonged to North Gyeongsang province until today. The meaning of Dokdo doesn’t say ‘lonely island’ or ‘desolate island’, but mean ‘dolseom (stone or rock island)’. The residents in Dokdo still pronounce the island as ‘dokseom’ or ‘dolseom’.
While Japan calls Dokdo ‘dakesima’ or ‘massima’, the French whaleboat named it after their ship as Liancourt Rock in 1849 when they discovered it. Also, the British warship named it Hornet Rock also coming after their ship’s name and added it in their sea map in 1885. 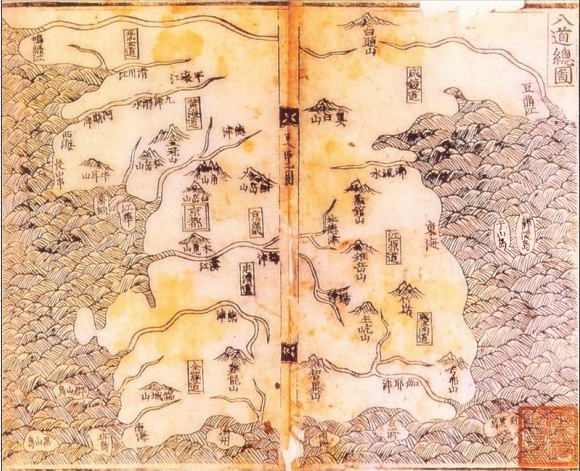