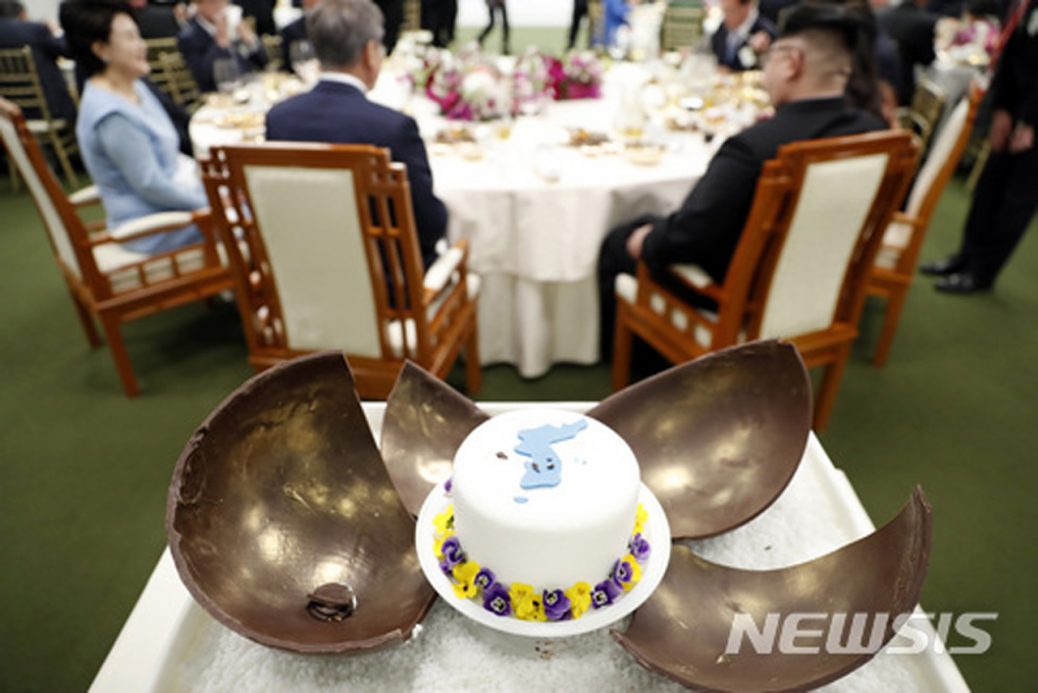 Japan has protested South Korea’s move to put dessert with a decoration featuring Dokdo on the table for the dinner planned for the upcoming historic inter-Korean summit, a local media reported Wednesday.

According to Japan’s broadcaster NHK, Kenji Kanasugi, the Japanese foreign ministry’s director-general of Asian and Oceania affairs, protested the Seoul government’s decision in his meeting with a senior South Korean Embassy official in Tokyo.

He is also reported to have expressed regrets and called on the Seoul government to drop the food from the dinner menu.

On Tuesday, the presidential office of Cheong Wa Dae disclosed the details of the menu for the summit dinner that included the dessert capped with an edible map of a unified Korean Peninsula also showing the country’s eastern islets of Dokdo.

The dessert will be presented during the dinner for South Korean President Moon Jae-in and North Korean leader Kim Jong-un who are to meet for a historic summit Friday on the southern side of the truce village of Panmunjom.

Dokdo has long been a recurring source of tension between the neighbors as Japan has repeatedly laid claim to the islets. South Korea has kept a small police detachment on Dokdo since its liberation from Japan in 1945 and has made clear that Tokyo’s claims are utterly groundless. (Yonhap)