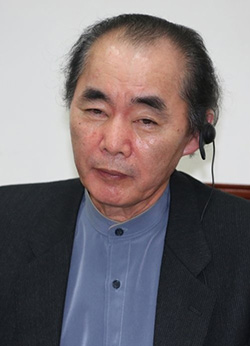 “Truth of Dokdo” is a Korean translation of Norio Kuboi’s book of the same title published in Japanese in 2014. Dr. Lee Jang-woo, a Japanese teacher at Dongsung High School in Busan, translated the book into Korean.

The publication ceremony will be held at a hotel in Busan, Tuesday, with supporters from NGOs working to promote Korea’s ownership of Dokdo.

The book contains copies of Japan’s historic maps and declassified military documents in which Dokdo was categorized as a Korean territory, Kim said.

Dokdo lies in the middle of the East Sea between the Korean Peninsula and Japan. Korea’s Dokdo ownership has been confirmed with numerous historic documents, but Japan has denied it with fragile evidence.